Experienced.Dedicated. Passionate. Get a Fresh Start With Us
Contact Us Now Request a Free Consultation
Home
Attorney Profile
Bernie McEvoy 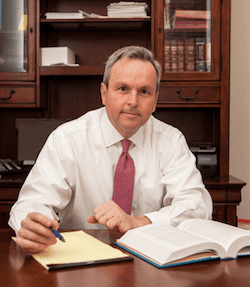 He began his career as an assistant district attorney here in Nashville. He worked as a prosecutor for 15 years, from 1990 through 2005.

As a result of this experience, he is knowledgeable about breath-alcohol testing, blood-alcohol testing, the property administration of field sobriety tests, accident investigation, and other subjects related to DUI prosecution and defense. He knows how police officers investigate DUI cases, how prosecutors evaluate these cases, how they prepare for trial, and how they present their cases at trial.

Attorney Bernie McEvoy left the Office of the District Attorney in 2005. Since that time, he has devoted his practice to criminal defense, representing clients charged with serious criminal offenses throughout Middle Tennessee. He has represented clients charged with a wide variety of offenses, including but not limited to:

Attorney Bernie McEvoy grew up in Schenectady, New York. He graduated from Tufts University in Medford, Massachusetts in 1990. Following his graduation from college, he worked as a newspaper reporter. There, he covered a number of criminal trials and decided that he would rather work in the criminal justice system, rather than merely write about it. He attended Vanderbilt Law School and graduated in 1990. He and his wife Blair have three children. In his limited spare time, attorney Bernie McEvoy coaches youth soccer, though only with young children, as older children know more about soccer than he does.